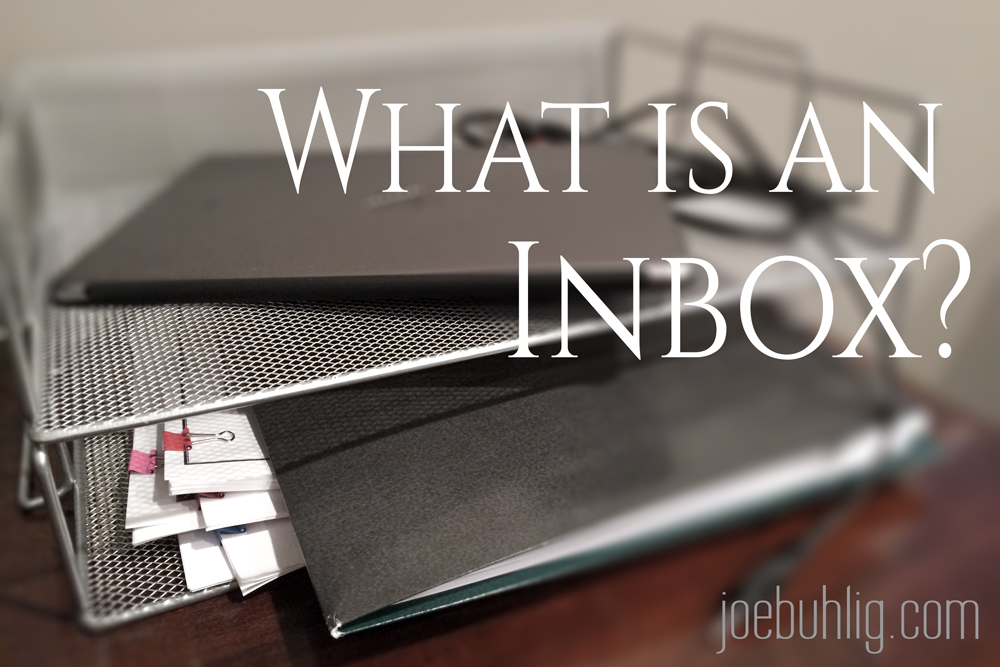 What is an Inbox?

An inbox can be your mailbox, your email inbox, and even a physical tray. But those aren't the only places that stuff lands.

I'm not going into the reasons why you need to empty inboxes, but let me say it's really important. If you don't empty them, you risk letting something slide that you should have dealt with.

The real question is this -- Have you identified all of your inboxes? It sounds simple, but I keep finding more of them. Here are some examples of inboxes I've discovered:

It's interesting how you'll find inboxes that you've unknowingly been using or that have been sitting. They're just waiting for you to do something.

someone posted '' linking to https://joebuhlig.com/inbox/