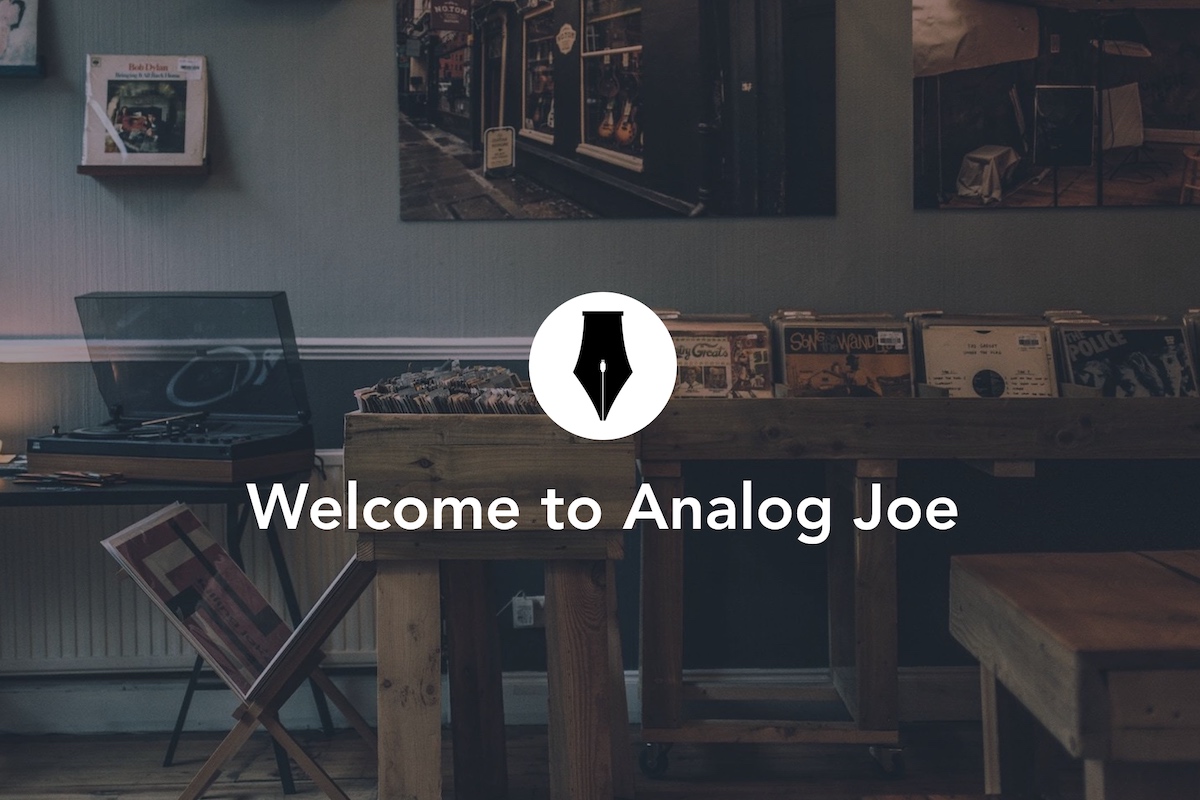 The seed was planted about two years ago. I learned about the world of white-hat hacking and Hacker One. And although I haven't done much of anything with my hacker account there, I did spend a lot of time researching and developing a knowledge of what it takes to make any decent money on the platform. But that research showed me how easy and prevalent the exploitation of user privacy has become. It opened my eyes to the lack of privacy we truly have online.

At the same time, I've been running Bookworm with my good friend, Mike. When we started Bookworm I began buying my books in the old-fashioned paper form. My rationale was that I would need to be able to write notes, underline, and highlight easily and I always had troubles doing so with the ebook versions. But it also taught me that something is freeing about a hardback book and a cup of coffee in the morning.

But a large number of books covered within Bookworm has slowly been showing me the value of mindfulness, intentionality, community, and the joy of physical things I can hold in my hands. Thus, Mike has started referring to me as Analog Joe.

The seed sprouted when Mike Schmitz sent me an iMessage about a domain he found was available: analogjoe.com. I couldn't pass that one up. About 6.3 minutes later, I was the proud owner of the domain but had no plan for it.

I originally thought it would be great to put up a list of all my preferred tools and such. But that felt incomplete and inconsequential. I debated an entire business around it similar to The Sweet Setup but focused on analog productivity. But again, it didn't seem right. Why build a website that was dedicated to getting users off of websites? That could never work.

The seedling started to grow when I finished reading two books: The Art of Gathering and The Second Mountain. The former taught me how to hold get-togethers in a meaningful way. The latter showed me that my mission in life can only be fulfilled by building relationships with others... in person.

And that's tricky for me. I'm primarily a tech guy and web developer. If I'm to build a community and relationships, my natural tendency is to do so online. But that made me stop and think harder about it. What if there was a way to build an online community that is designed to bring us together in person? What if we get together regularly or sporadically, but continue the conversation online in between connections? And if we did that, what would it look like?

Most folks who know me will assume I would attempt this on Discourse. But I think that's a mistake in this case. Discourse is great for tech communities and sectors who follow the markdown way of life. But this is different. It's not anti-tech, but pro-analog. So it needs a different platform and I think I have the one to start with: Mighty Networks.

So here's what I've done so far. I have the domain analogjoe.com. I have a Mighty Network set up at that domain. And I have a very rough layout of what I feel it would take to make this work. And that ranges from discussions about analog books, music, photography, tools, and some Digital Minimalism throw in for folks still working through this like I am.

I also have some awesome folks from my newsletter who have helped me build out the initial structure and content for the site. I have to admit that I'm loving those conversations. I never knew there were so many analog enthusiasts in the digital space. But I thrilled to know now.

And now, I'm opening up the community to everyone. You can check it out at analogjoe.com.

If analog isn't your thing, no worries. Just take a pass on this one.

I have to admit that I'm more anxious about this community launch than any other I've done. Some of that is the speed with which it's happening (three days from full conception). But most of it is the reality that comes with it. This is a commitment to in-person meetings over the long-haul. But I think we both know that real life is the best life.