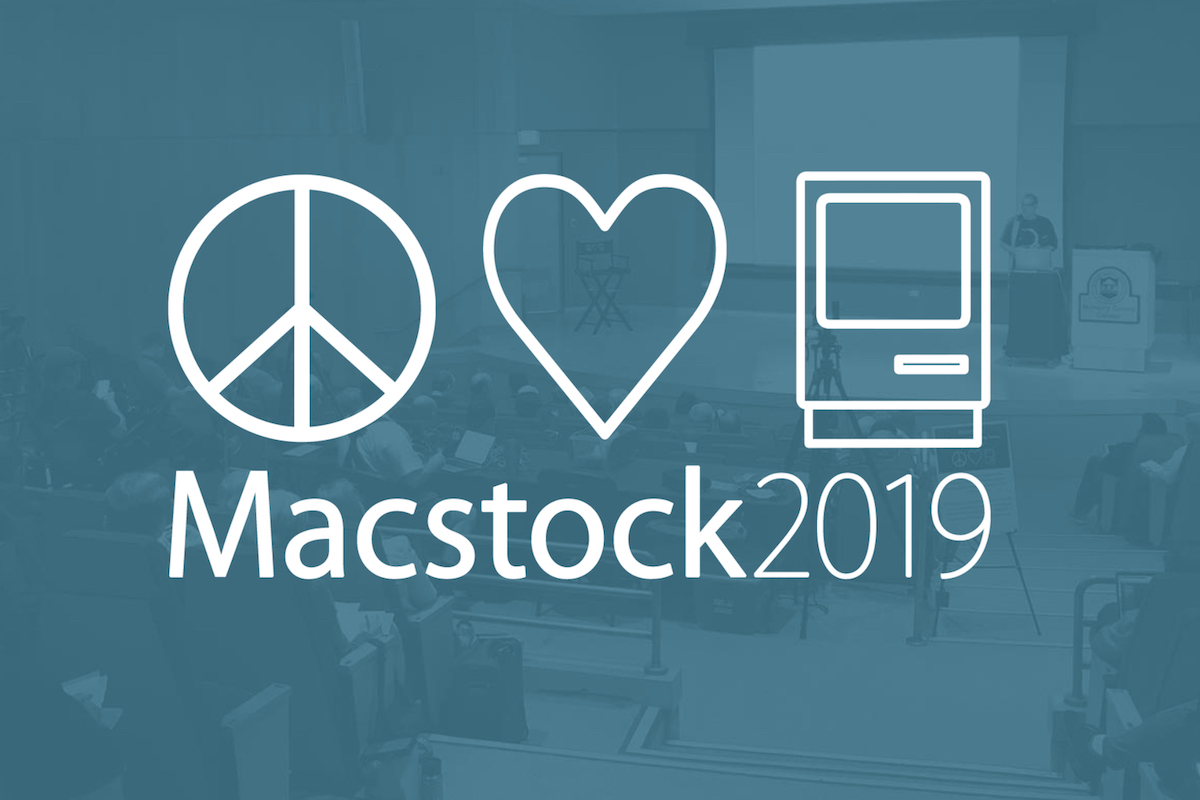 Macstock was especially awesome this year. Each time I return home I try to dedicate time to reflect on my time on the event. And I always come away with a better understanding of the Mac community, deepened friendships, new friendships, and way more tools to play with than I should ever download.

But in the midst of my time reflecting I noticed that there are a lot of links shared about Macstock. I was doing my best to read as many as I could and discovered it was kind of difficult to find them all. So I've done the research and compiled as many as I could find. Those are below. But if I've missed any, just let me know in the comments below and I'll get them added.

Before we jump into the links, I want to point out once set of videos that has become an annual tradition leading up to the conference. Chuck Joiner of MacVoices did his annual Road to Macstock series, which is a bank of videos with the speakers and event organizers. It's a great way to learn about everyone involved before the event kicks off. It's a great way to learn more about who you'll meet at Macstock. So if you're on the fence about whether or not to go, you need to check these out prior to commitment.

Ok, let's jump in. First off, here are the links I've found from the speakers themselves. Over the last two years I've found myself hanging out with and catching up with more and more of the speakers. So I personally enjoy reading their viewpoint of how the conference went. 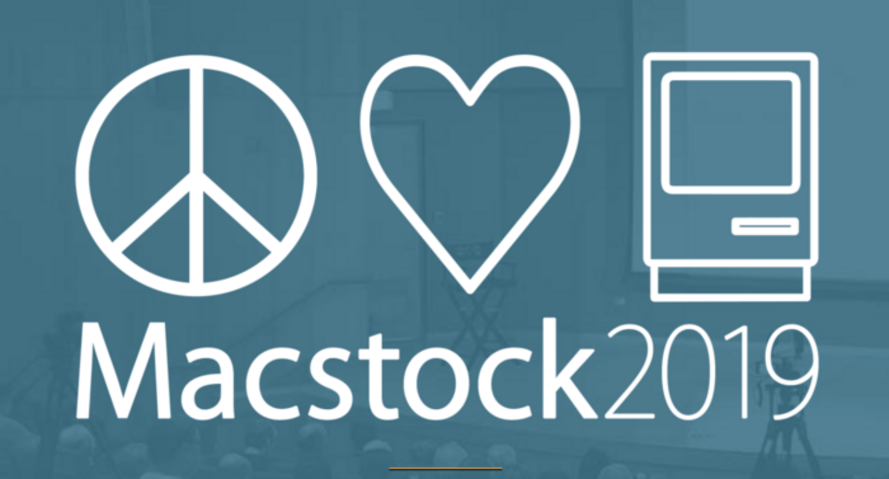 Macstock Expo at McHenry College Steve and I had the great pleasure of attending Macstock again this year, out in Woodstock, Illinois, right outside of Chicago. As the 5th conference,...

Allison was the first speaker of the event and began things by telling us the story of how she came to realize she was creative. It's quite a story and one that had many different outcomes that seemed crazy and implausible. 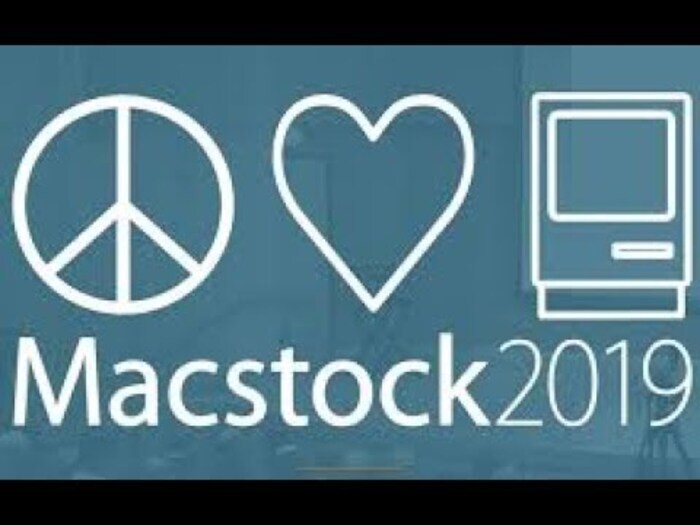 David Ginsburg from In Touch with iOS and Off the Charts Horse Racing talks with Guy at Macstock 2019.http://intouchwithios.comhttps://offthechartshorseracin...

Dave gave a talk on using Apple Notes to be creative. I'm far from an Apple Notes user but there were quite a few tips here that I could see being useful.

EDIT: Dave also did a recap with friends: In Touch with iOS: 063 Macstock 2019 Recap with Friends and guests of the show

Kirschen doesn't have a dedicated article but I found her tweets revolving around the event fun. She did a talk on sketch noting that inspired others to give it a go throughout the remainder of the event. 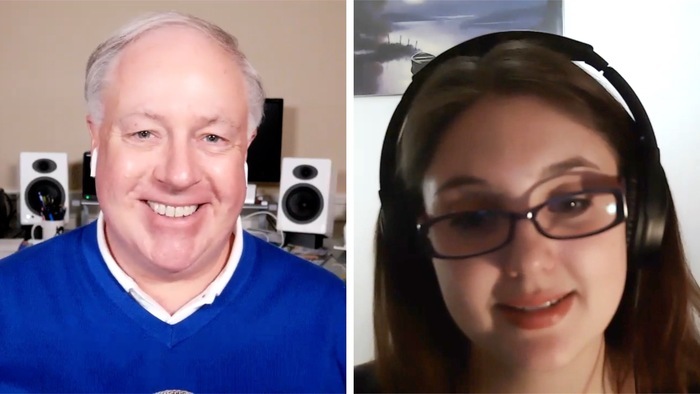 MacVoices #19177: Road to Macstock - Rosemary Orchard On Getting More Out of Siri - MacVoices

We get back on The Road to Macstock in a conversation with Rosemary Orchard about her session that will focus on getting more out of Siri. Siri is much more than just a...

Rose gave a great talk covering, what else, automation. Rule of thumb: if it will save you time, automate it. Don't worry about how many times you'll do the task. Just automate it.

MacVoices - The Talk of the Mac Community

“The Road to Macstock” wraps up in a conversation with Jay Miller, who will present something completely new: the importance of developer relations. Jay explains how this will fit into the...

There are a lot of grievances created when people pull together presentations. Chuck showed us what we shouldn't do by sharing some of the worst he's seen. 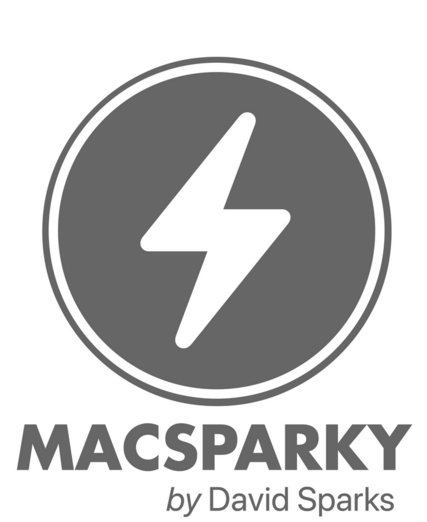 I spent some time hanging out with David again this year and always enjoy his company. His talk was about his process of becoming self-employed and how his daily work schedule has been impacted. He gave a lot of great tips on how control and schedule time for creativity into your day.

Macstock is This Weekend – The Sweet Setup

If you’re going to be coming to Macstock this weekend (July 27-28) in Woodstock, IL, be sure to stop by and say hi! Myself and Rosemary Orchard will be speaking...

My good friend and Bookworm co-host, Mike Schmitz, gave a talk on Ulysses where he actually convinced me to download it again for another try. I have to admit that Mike is pretty good at selling new tools. Well done, sir. 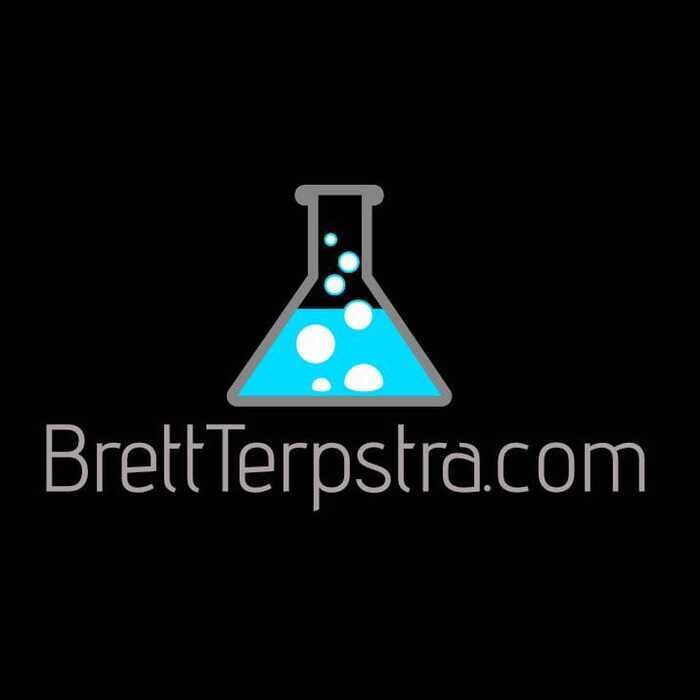 Elle and I got back from Macstock 2019 (a.k.a. Macstock 5) on Monday. We stayed an extra day to spend some time in Woodstock, the wonderful little Illinois town that...

Brett gave a talk on discovering your writing workflow. It was during his talk that I realized Brett and I have very similar struggles with focus and work in many of the same ways and with the same tools. So I found myself looking into every tool he mentioned and was pleased to see that a large portion of those were already in my tool belt. The two big ones were Marked and Multimarkdown Composer. I was aware of them, but they're now in active use. 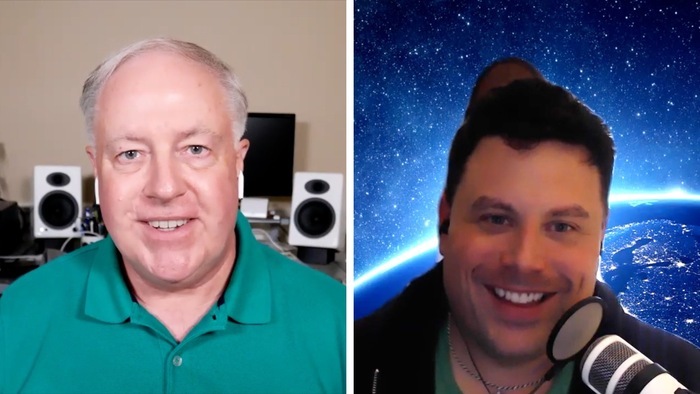 MacVoices #19149: Road to Macstock - Josh Rensch On The Tech and Productivity Connection - MacVoices

The Road to Macstock takes a trip to the kitchen in our discussion with Josh Rensch. His unique presentation will focus on developing workflows to make you more productive by comparing the process...

Josh and I rode down to Macstock together so I had the great honor of hearing this fast-paced, high-energy talk a few times. It was well worth it. Definitely a great talk. He even got me to consider Paprika. But let's be honest, the kitchen is my wife's. I'll stick to the grill.

Is there a summer event that you just love and will not miss every year? These days, Macstock is that event for me. I get to learn something new, but...

Rick has been creating videos from his iPad for a couple years now and spent some time taking us through his process. I'll stick to my Mac, though.

The speakers aren't the only ones that share the experience afterwards. Here are some follow-up articles and podcasts from attendees. 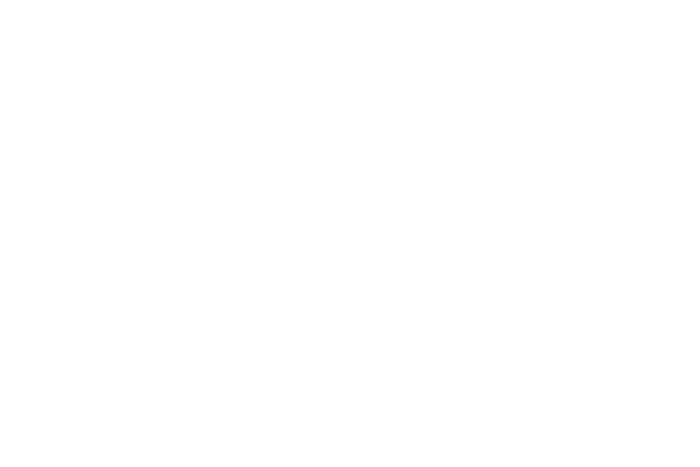 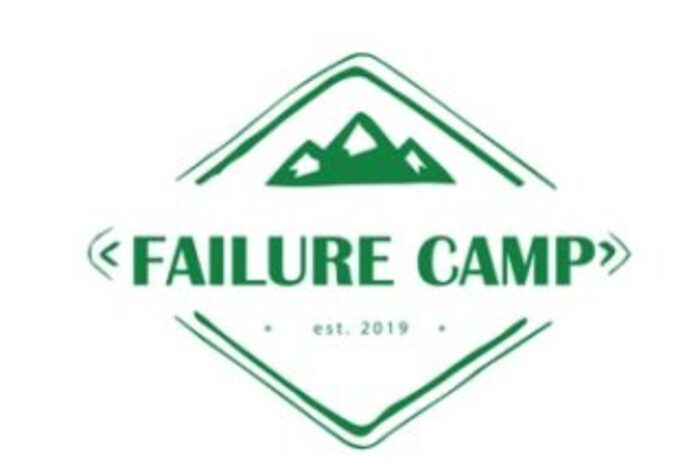 SmallCon 2019: A Tale of Two Conferences

Over the past couple of weekends, I attended two conferences, one in Nashville and one in the suburbs of Chicago. One was legal. One was not. Both were

Live from MacStock Conference and Expo 2019, John and Dave play Stump the Geek and take listener questions live, with a little help from impromptu co-host Kelly Guimont! Learn about... 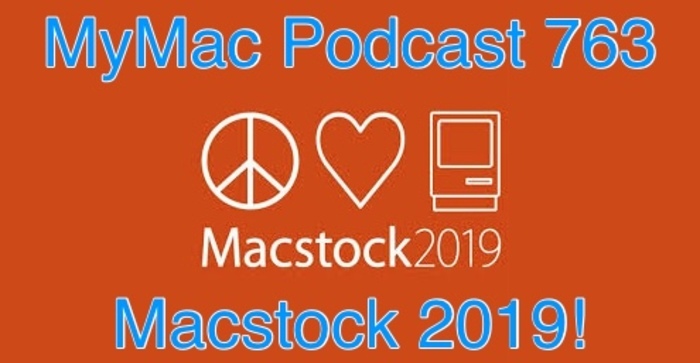 Audio from all the livecasts Guy did while at Macstock 2019. David Cohen and Tim Robertson from TechFan, Dave Hamilton from the Mac Geek Gab, David Ginsburg from In Touch...

MPU is now up to 500 episodes! I remember listening to the first few episodes way back in the day. So to see them hit 500 is a special moment and it was a treat to be there for the recording. I even had a chance to geek out over sound gear with Stephen right before they went on stage. Definitely a great show. 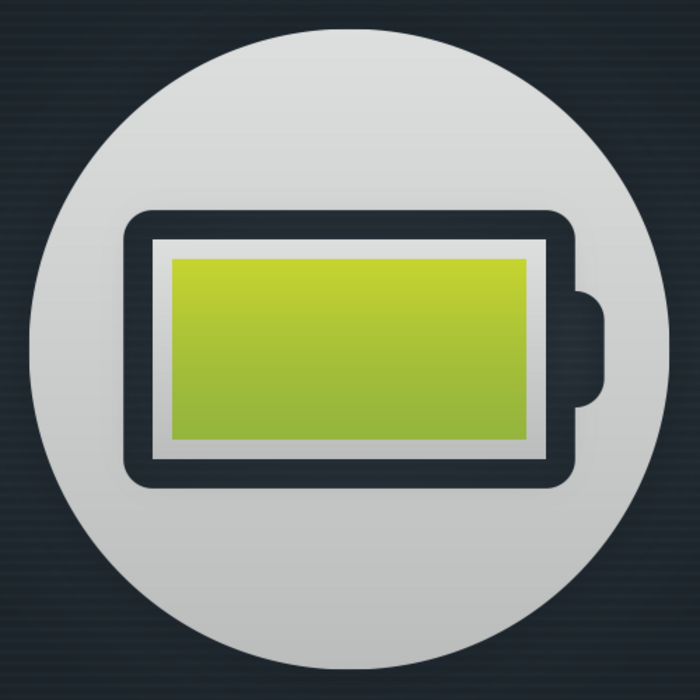 After just getting home from Macstock yesterday, I am still swirling with excitement and gratitude that I got to attend such a fabulous event. The Mac community is just so...

He can't help himself. When there's a Mac that needs torn apart and put back together, the vortex draws him in.

The intersection of technology and liberal arts - All this

I had a chance to be interviewed about my analog tendencies on MacVoices while at the conference. Always a pleasure, Chuck. 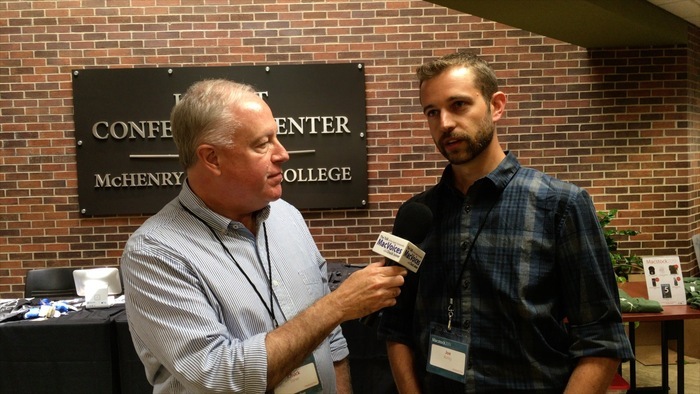 At Macstock 2019, Joe Buhlig explains his preference for analog workflows…when they make sense.   This edition of MacVoices is supported by Linode, high performance cloud hosting and virtual servers for everyone....

And with all the creativity talk, Mike decided to start blogging again.

Finally, I think Michael speaks for all of us when he says:

See you there next year!