When I switched to the MacBook Pro, I also switched from using two computers to one. I know, I know, I was spoiled. But it made my life a lot easier and helped me accomplish a lot more.

One benefit of using two computers that I hadn’t noticed was the flexibility it gave my wife and me. When I used one computer, she could use the other. When the job-shift happened, it quickly became apparent that we were used to using them at the same time. I would grab the MacBook Air and she would do some work on the Mac Pro or vice versa.

Two computers was really convenient. However, I’m now building my own business, which means I’m tight on dollars spent. So I’m using a single computer for everything. And that has led to the need to coordinate work with my wife. I have writing and development to do and she has design and editing to do.

Here’s what we’ve learned on how to successfully share a computer:

We have a daily conversation about time on the computer. I’m the one that spends the most time on it, but my wife has a few deadlines that she’s under as well. We need to make sure we’re talking about what’s needed, when it’s needed, and our plan for making it happen.

This almost goes without saying, but don’t share a user login on a shared computer. If my wife tries to do something on my profile, it will most likely do things she’s not expecting. If I use her profile, I’ll keep banging the keyboard wondering why it doesn’t launch the app I want. It just creates unnecessary angst. Get your own profile.

Unless you’ve upgraded the internal hard drive of your machine as much as you can, you’ll probably run into storage issues. The computer I’m on has a simple 128GB hard drive. That’s pretty small for having multiple users on it. So I have 4TB of Network Attached Storage (NAS) in the house. That allows us to connect to them over the wireless from anywhere in the house and keeps us from being unable to save files.

Be gracious. It’s hard sharing something like a computer, especially when you need to get something done. It’s easy to get upset or frustrated with the other person. Show a little grace and be willing to compromise. It’ll make both of your lives a lot easier. 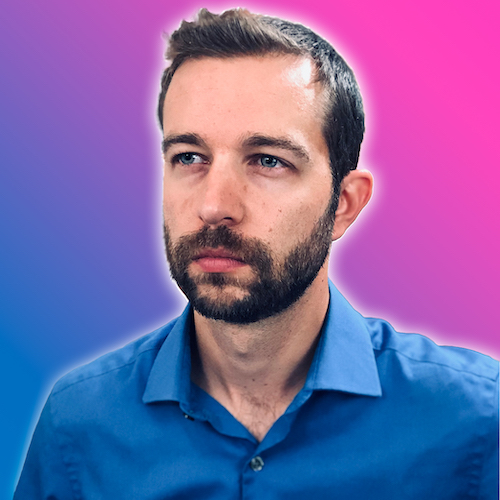 This past year I made numerous changes to my workflows and the tools I use to get my work done. And those tools are ones I love talking about. Thus, I needed to put this together.

A Year Without Extra Screens

For the last year I’ve been running my business from a MacBook Pro and an iPhone. No iPad. No Watch. And no external monitors.

I’m pushing pen addict status. I don’t think I’m there yet, but I do have three fountain pens that I thoroughly enjoy using.